The great grey owl is the second largest owl here in the north. It is not very usual to meet her (there is a reason why she is called “the phantom of the north”) but this year was kind of exceptional. A lot of owls where around. A few theories spread that either it is because of the forest fires we had last year and the owls have to find new territories or it is a year with extreme much/little food, that they come out of the woods.

The experience with the first owl this year was kind of special and is worth a little history.

I was on my way back home from work, my camera with me, as usual. In the far I saw a brown plastic or paper bag weaving on a stick. It was kind of windy and this bags are not unusual as they mark places where someone crashed with an animal.

As I came closer and passed the bag, I realized that the bag had a face…

I pulled over and grabbed my camera. These animals are on top of the food chain. So they usually do not have a reason to flee. The owl let me come close but then my camera died. Battery empty… Photographers nightmare. As I said before these owls are usually shy and rare. I use to see maybe one once a year but often not in the bright daylight to take good pictures. So I just had to accept the fact that this opportunity was gone.

So the first thing I did when I came home was, that I charged my camera.

Next day on my way to work something incredible happened. The owl was still there, sitting on a stick on the other side of the row. I was a little late for work but I still thought that it was worth risking my job to get a few god shots. So I pulled over again and the owl did not show any signs of leaving the stage. So here are the results…. 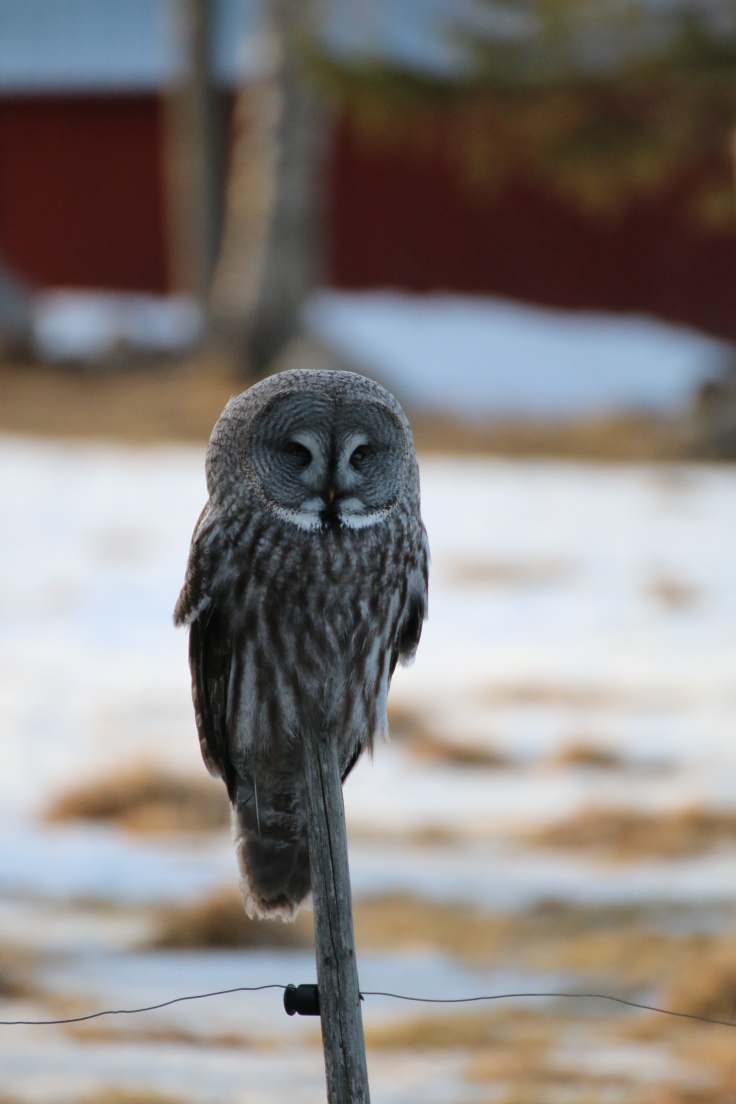 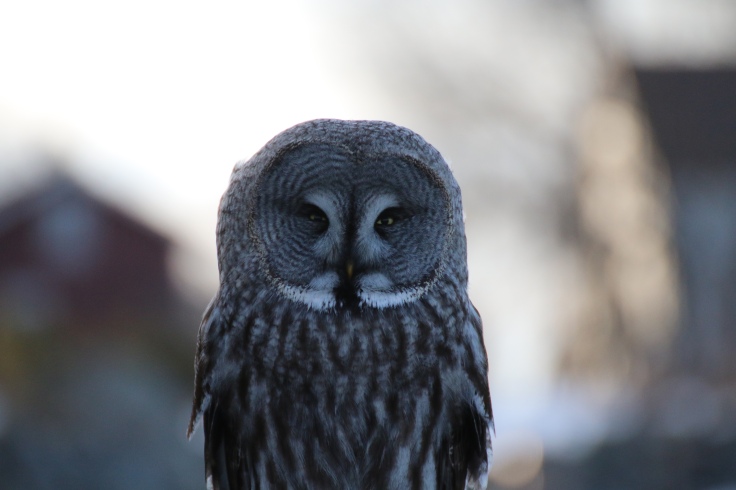 I was happy as any “photographer” can be. But a few days later I met the next owl. Sitting in a tree near my house. Camera was charged and I was not in a hurry…  I was able to observe the owl for a long time and could experience how she changed her position several times.  I made about 200 pictures and a few of them are really not that bad.

I met the same owl a few days later sitting next to the little road which leads to the house. She did not leave her position when I slowly passed her with my car. I swear I could have pet her as she was so close. I have not been able to take any picture because she simply was to close for my lens that has a focusing distance of about 1,3 meter. Failed again… but I am still pretty satisfied with this owl season.

Hope you enjoy the pictures.

More to come soon from up north…

22 thoughts on “The Great Grey Owl”